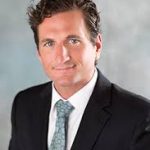 Apparently, the Charlestown Rhode Island Memorial Day Parade 2016 sponsored by the Town of Charlestown, Rhode Island at a reported cost of about $20,000 had a controversial start! In the weeks leading up to the parade, Town Council President Tom Gentz and Independent Representative Blake Filippi questioned James Mageau, the longtime chairperson of the parade  committee. 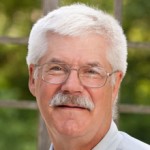 Fireworks occur when Independent Representative Blake Filippi questions Parade Organizer James Mageau on the legality of the grant program that supports the parade.

Filippo and Gentz had questioned the legality of the overall grant program that supports the Charlestown Rhode Island Memorial Day Parade 2016, which upset Mageau.

Charlestown Town Council President Thomas Gentz backs up Fillipi in his questions, and earns equal scorn from the parade committee.

Gentz and Filippi were allowed to march, waving American flags as they walked down Old Post Road followed by fire trucks but they were not invited by the parade committee to speak at the ceremonies that followed the parade at Ninigret Park.

Those watching the parade were mostly unaware of the dispute, and more focussed on the fact that the parade which was to start at 1 p.m., did not get going until closer to 2 p.m., resulting in a very long lead up time!

Citizens chimed in support for Filippi online for his efforts to defend taxpayer dollars and the constitution. Mary Mercurio Adams remarked in the comment section of the Westerly Sun,

Great article! Well written! Thank you to Representative Filippi for defending the RI Constitution and honoring your oath. If defending the rule of law, representing the people of a district and having a concern for taxpayer dollars is seen as an effort to enhance a politicial career, then I say we need more elected officials with ambition like this. I hope Rep Filippi “enhances” his career all the way to the governor’s office.

But parade chairperson Jim Mageau was undeterred, defending his position in the same article with this remark in the comments section,

As much as I am relunctant to continue this issue over the very important Memorial Day observances, Blake Filippi is once again not telling the truth. The only conversation I have ever had with him was the two times when he promised to send the grant application. If he is so thankful for our work then why is he turning the parade into a political football in an effort to enhance his political career?

For more insights on the skirmish and its aftermath of the Charlestown Rhode Island Memorial Day Parade 2016, read the details in today’s article in the Providence Journal or the Westerly Sun.

← Do It Yourself Rustic Log Table Sea Stars in Salt Ponds →